In December 2019, the newly elected government announced that it would conduct a comprehensive review of the United Kingdom’s entire foreign and defence policy “toolkit”. This review is intended to be far more comprehensive than the now customary five-yearly defence reviews.  The goal is to define the UK’s long-term strategic aims in national security and defence, and determine how to achieve those aims given the resources available.

Such a review is a consequence of the profound changes in the strategic environment which have taken place in recent years. Russia’s occupation of Crimea in 2014 forced a reappraisal of its relations with the international community; the same year, ISIS took control of large areas of Syria and Iraq, while simultaneously mounting terrorist attacks in a growing number of countries; China’s growing economic might and global assertiveness have transformed perceptions of its influence and intentions; and international law, democratic institutions, and Western societies face concerted efforts to undermine their credibility and effectiveness through what is often characterized as “hybrid warfare”.

Against this background, the world is dealing with the most severe global pandemic in a century, and among the many consequences will be a rise in global instability, and a reduction in the resources available to deal with the consequences of that instability.

ATAUK intends to fill the growing gap in the knowledge of the UK public, policy makers and opinion formers alike about UK defence and security policy: its functions; its instruments; the democratic processes by which it is controlled, and; the international alliances in which it participates.  In particular, it intends to explain the importance of the issues underlying the Integrated Review of Security, Defence, Development and Foreign Policy.

What's it all about? Defining and Defending the United Kingdom's Place in the World

The House of Commons Library has produced this excellent guide to previous British defence reviews. 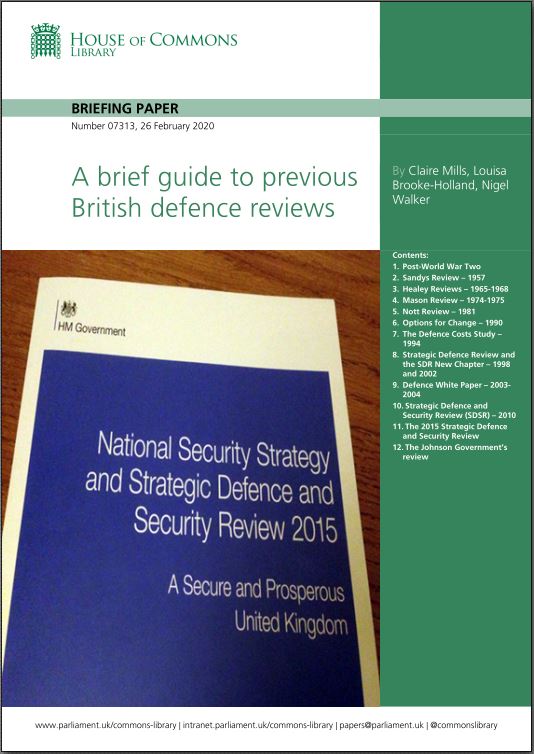 The international security environment doesn’t stand still, so no-one can be sure what challenges will arise tomorrow, next week, next month, next year, or in the next ten years.

Even so, plans have to be made and resources allocated for all the “tools” relevant to international security. And those tools are not all in the hands of the Ministry of Defence. Certain forms of development assistance, for example, could well reduce instability while also materially improving people’s lives. Diplomacy and support for international organizations such as the United Nations, the Organization for the Prohibition of Chemical Weapons, etc, also have a bearing on security.

The main focus, however, must be on ensuring that the armed forces are trained and equipped to fulfil whatever obligations are imposed upon them by national obligations and policies, and any plausible contingencies that might materialize in our unpredictable world.

In terms of defence obligations and policies, at the end of the Second World War and in the early years of the Cold War, the United Kingdom had a “Three Pillar Strategy”: defence of the United Kingdom and Europe from the Soviet threat; control of sea lines of communications with the British Empire; and the maintenance of a military presence in the Middle East and South East Asia.

Times have changed since then, of course, as has the United Kingdom’s role in the world. The review will define how the government views that role, as well as its long-term goals for security and foreign policy.

Defining those will help to frame the decisions that have to be made regarding the roles and structure of the armed forces in the years ahead.  Those decisions will also be framed by perceptions of current and future threats, and what challenges and opportunities are likely to be delivered by technological progress.

Defence planners will therefore be carefully scrutinizing recent conflicts such as that between Armenia and Azerbaijan over Nagorno-Karabakh.  Does it mean that more should be done to protect armoured vehicles on drone-infested battlefields, or – more radically – that heavy armour has had its day?

Complicating procurement decisions even further is the thorny issue of defence inflation – each new generation of weapons costs far more than its forebears, usually far outstripping the rate of inflation.

Take the Spitfire, for instance. It’s always going to be a beautiful aircraft, but it’s no match for today’s front-line aircraft which are packed with highly capable – and pricey – electronics and weapons systems which were in the realms of science fiction in the Spitfire’s era.

The same trend is evident in all major weapons systems: capabilities and prices keep going up from one generation to another. As a result, it’s almost a law of nature that the inventory of the next generation of aircraft, armoured vehicles, or naval vessels will be smaller than the previous one.

And yet another problem is – quite literally – there is more than ever to worry about. In the Spitfire’s day, the military had to worry about three “domains”: land, sea, and air. Today, with the addition of space and cyber, it’s five.

And it looks like a sixth is just around the corner, waiting only for a label.

The concept is far from new, but today’s technologies and societies are rendering it ever more potent: the idea that the power of an opponent, adversary, rival, or enemy can be undermined by methods which fall below the threshold of what would be considered traditional warfare.

The Royal United Services Institute provides an extremely useful “tracker” of the latest developments related to the integrated Review of Security, Defence, Foreign Policy and Development. 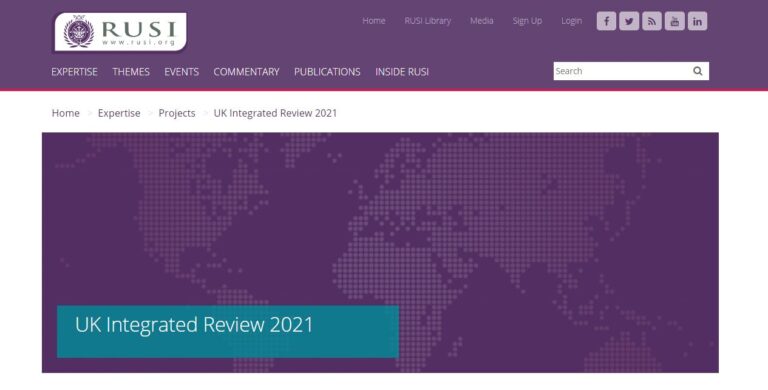 The Integrated Operating Concept 2025 explains how the United Kingdom’s armed forces are being adapted to address the full spectrum of challenges. 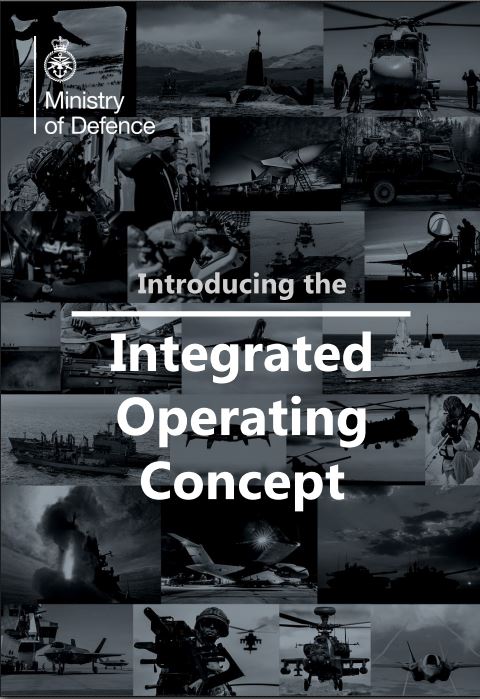 The wake-up call in modern times was certainly Russia’s occupation of Crimea which was accomplished – with great skill, it must be conceded – using stealth, deception, and covert tactics which wrong-footed the entire international community.

Since then, both Russia and China have been emboldened are actively seeking to undermine and discredit national and international institutions, norms, and practices. “Troll factories” seek to convert what should be healthy divisions and disputes of democratic societies and turn them into open wounds. Elections are a particularly attractive target for interference, but scarcely a week goes by without another story of cyber hackers, fake news, misinformation, and even assassination attempts using chemical weapons.

These types of insidious threat fall in what is often referred to as the “grey zone”, or as “hybrid warfare”.

There is already no doubt that this “sixth” domain – sometimes called the human domain – will be a key feature of the Integrated Review.

This was signalled clearly in the “Integrated Operating Concept 2025” unveiled by General Sir Nick Carter, the Chief of the Defence Staff, in September 2020. This document provides a highly accessible summary of both the concept and the rationale behind it.

Of course, all this could well have been derailed by the global Covid-19 pandemic which broke after the Integrated Review was announced at the end of 2019. The pandemic has had a huge and unexpected impact on government spending, and there were concerns that the Integrated Review would be frozen as a result. However, in November 2020, the government announced that it will go ahead with a substantial increase in defence – an additional £16.5 billion on top of the existing commitment to increase the budget annually by 0’5 per cent more than inflation -additional 0.05

All this promises a truly historic Integrated Review which is expected to be unveiled within the next few months.