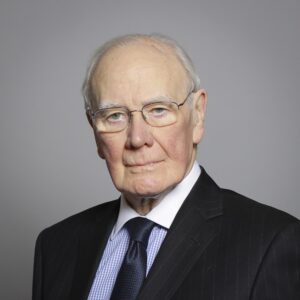 He was Liberal Democrat MP for North East Fife from 1987 until 2015, when he received a peerage in the Dissolution Honours.

He was elected Deputy Leader of the Liberal Democrats in 2003 and served as party Leader from 2006 to 2007.

Throughout his political career, he has had a strong focus on defence and foreign affairs.

He was his party’s foreign affairs and defence spokesman between 1987 and 2006, and served on the House of Commons Select Committees on defence and foreign affairs, and Parliament’s intelligence and security committee.

Lord Campbell is a long-standing member of the United Kingdom delegation to the NATO Parliamentary Assembly, and led the delegation from 2010 to 2015.

Within the Assembly, he has held leading positions, including that of Vice-President, Chairman of the Political Committee, and other committee responsibilities.

He has been the Chancellor of the University of St. Andrews since 2006. He is also Honorary President of the European Leadership Network and a member of the Advisory Board of the Royal United Services Institute.

He was born in Glasgow and graduated from Glasgow University the degrees of MA and LL.B. Thereafter, he carried out post-graduate studies in international law at Stanford University, California. He was called to the Bar in Scotland in 1968 and appointed Queens Counsel in 1984. 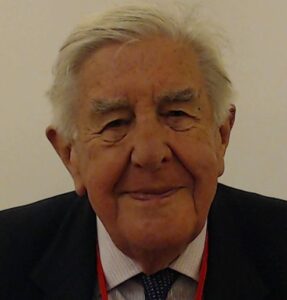 The Rt. Hon. Lord Jopling PC DL came to national prominence as a member of Margaret Thatcher’s government from 1979 to 1987, initially as Government Chief Whip and then as Minister of Agriculture Fisheries and Food.

He was the Conservative MP for Westmorland – subsequently Westmorland and Lonsdale – from 1964 until 1997, when he received a peerage in the Dissolution Honours.

Within the NATO Parliamentary Assembly, he has held leading positions, including Vice-President and Chairman of the Committee on the Civil Dimension of Security.

He was born in Ripon and educated at Cheltenham College and the University of Durham.

Prior to entering parliament, he was a farmer, company director, and a local councillor. 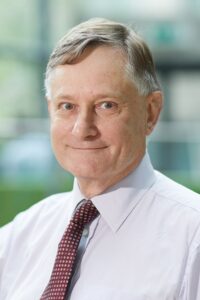 Sir Hugh Bayley was President of the NATO Parliamentary Assembly from 2012 to 2014, having previously held several senior positions within the Assembly, including Assembly Vice-President and Chairman of the Economics and Security Committee.
Sir Hugh was a member of the United Kingdom’s delegation from 1997 to 1999 and from 2001 to 2015.
As a committed Atlanticist, he actively sought to strengthen public and parliamentary support for the Alliance.
He was knighted for Parliamentary services to NATO in 2015.
He served as MP for York Central from 1992-2015, in various Ministerial roles in Tony Blair’s government (including Minister for War Pensions), and as Deputy Speaker and Chair of Public Bill Committees in the House of Commons. He is a member of the Labour Party.
He works currently as a Commissioner of the UK’s Independent Commission for Aid Impact and a lay member of the Nursing and Midwifery Council.
He serves in a voluntary capacity as Trustee and Board member of the humanitarian NGO, International Rescue Committee UK, and the water and sanitation charity Drill2Drink.
Before entering Parliament he worked as a heath economist and social policy lecturer at the University of York; he set up and ran the International Broadcasting Trust, a TV production company making programmes about foreign policy and development issues; and he worked as a national negotiator for health workers in the trade union Unison. He was a Councillor in the London Borough of Camden.
He has a BSc from the University of Bristol, and a BPhil in Southern African Studies from the University of York.