President Putin might well have stalled Ukraine’s membership prospects, but these were long-term, even before the invasion. The invasion of Ukraine, however, led Finland and Sweden to abandon their traditional neutrality and place them on track to be full members of NATO in a matter of months.  So instead of delaying further NATO enlargement, President Putin has actually accelerated it.

But being on track for membership is not the same thing as being a member, and as soon as Finland and Sweden’s aspirations became clear, concerns arose about how President Putin might react before they became full NATO members, covered by the full weight of NATO’s “Article 5” mutual defence commitment.

Consequently, Finland, Sweden and several NATO members announced a flurry of defence agreements and arrangements in the hope that these would deter a precipitous response from Russia.

There is no way of knowing what part these measures have played in in President Putin’s calculations, but  – so far – his reaction has been unexpectedly measured, limited to sabre-rattling in the Baltic and dark warnings about new nuclear deployments in the region.

In fact, addressing a summit of CSTO leaders in Moscow on 16 May, when there was no longer any doubt about Finland and Sweden’s forthcoming applications, President Putin said that there was no threat to Russia from Finland and Sweden joining NATO and that Russia’s response would depend upon what NATO infrastructure was placed on their territories.

He reiterated this on 28 June when it became clear that Finland and Sweden’s applications would be accepted at NATO’s Madrid Summit and that they would be invited to commence accession talks. 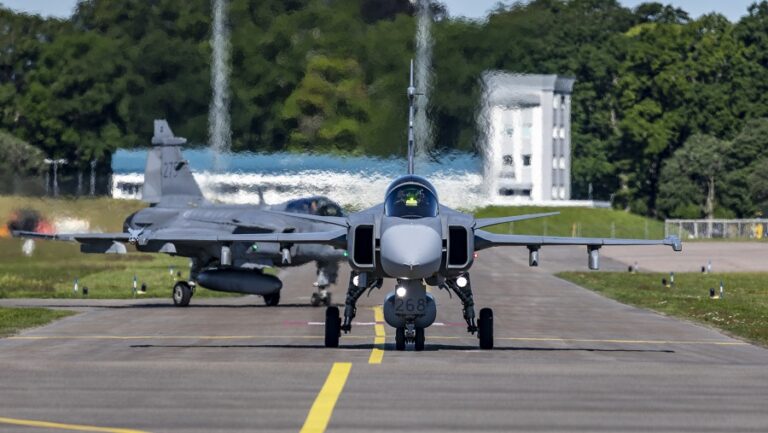 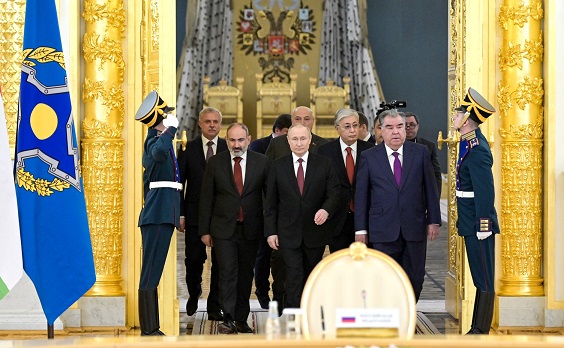 Government leaders of Russia, Armenia, Kazakhstan, Kyrgyzstan, Tajikistan, and Uzbekistan at the Summit of the Collective Security Treaty Organization in Moscow, 16 May 2022

True, the Kremlin issued statements about the raising of tensions and destabilising effect on security, but again, in a statement to Russian media, President Putin said:

“With Sweden and Finland, we don’t have the problems that we have with Ukraine. They want to join NATO, go ahead. But they must understand there was no threat before, while now, if military contingents and infrastructure are deployed there, we will have to respond in kind and create the same threats for the territories from which threats towards us are created.”

Because there is no military threat

President Putin, however, well knows that NATO’s presence in Finland and Sweden will be minimal. NATO has been scrupulously careful to ensure that its “footprint” in new member nations could not be construed as a threat to Russia, despite the Putin regime’s distorted and wildly exaggerated claims to the contrary.

The simple fact is that the opening of NATO to new members poses no security threat to Russia, nor indeed any other nation.

And President Putin understands that. Finland and Sweden’s NATO applications offend his distorted interpretation of history and inflame his misplaced sense of grievance against the West, but he knows that he has nothing to fear from their eventual accession to NATO.

Yet he does fear Ukraine seeking membership of NATO. That fear, however, has little or nothing to do with military forces, but a great deal to do with how NATO and EU countries are governed.

To qualify for membership of NATO – and the EU – a nation must subscribe to the Alliance’s shared values – notably democracy, individual liberty, and the rule of law – and meet key political and economic standards and criteria. It is not just a nation’s armed forces which join NATO, but the entire nation. If a nation does not measure up on governance and values, it makes no difference how capable or otherwise its armed forces might be.

Elections must be free and fair. Opposition figures and journalists must be able to do their jobs without fear of ending up in exile, in jail or even in a cemetery.

The courts must be independent: citizens cannot be locked away at the whim of the ruling regime. The rights of minorities must be respected and there should be a market economy.

The armed forces must not only be able to contribute to NATO operations, they must be under civilian control.

Elections must be free and fair. Opposition figures and journalists must be able to do their jobs without fear of ending up in exile, in jail or even in a cemetery.

All the countries that joined the Alliance after the end of the Cold War took years to make the transition from imposed communism to free democracy, but Finland and Sweden have no governance transition to make. Indeed, as exemplary members of the European Union, they already tick all the boxes.

He has seen any number of “strongman” regimes toppled by popular uprisings, which he believes were fuelled by the West, but he was especially shaken by Ukraine’s 2014 “Revolution of Dignity” which ejected then President Viktor Yanukovych. And the last thing that President Putin wants is for his own population is to learn about a well-run, democratic regime in Ukraine – a sharp contrast with his own corrupt kleptocracy.

But despite President Putin’s firm grip on information within Russia, communications between Russia and Ukraine have traditionally permeated through their extensive familial, personal, business, and cultural connections. The conflict with Ukraine and disinformation campaigns about its government are intended to stop the “wrong” message gaining traction within Russia’s own population. 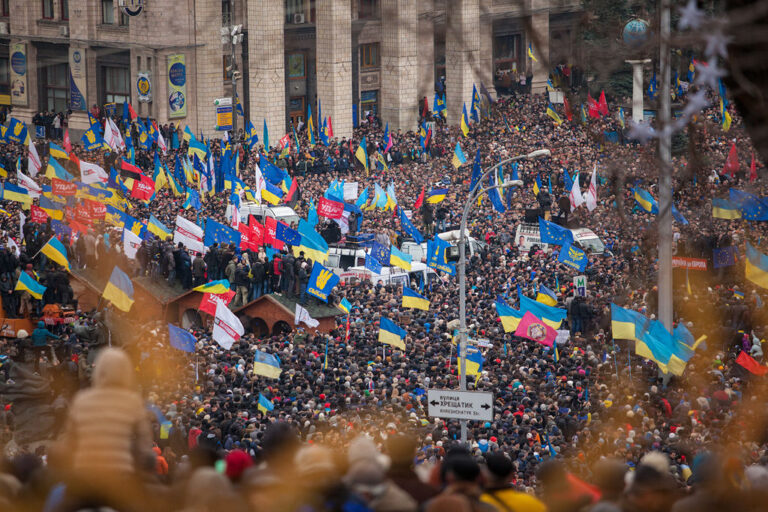 Demonstrations in Kyiv during the Euromaidan “Revolution of Dignity” which ousted the Yanukovych regime in February 2014. (Euromaidan Kyiv 1-12-13 by Gnatoush 005.jpg CC By 2.0)

In other words, President Putin fears that democratic values and a desire for good governance might be contagious.

Quite simply, President Putin fears a stable, successful, democratic Ukraine as a direct threat to his regime.

President Putin’s is waging war on Ukraine because he fears that the seeds of democracy, liberty, and the rule of law will blow over from Ukraine and take root in Russia.

He knows that NATO enlargement poses no security threat to Russia, or indeed anyone. President Putin’s is waging war on Ukraine because he fears that the seeds of democracy, liberty, and the rule of law will blow over from Ukraine and take root in Russia.

That means that he will be determined to keep his forces in at least parts of Donbas to maintain the fiction that the phoney “breakaway” regimes in Luhansk and Donetsk need protection from Ukraine’s government.

And his hostility to Ukraine will endure for as long as there is a viable and independent Ukraine.